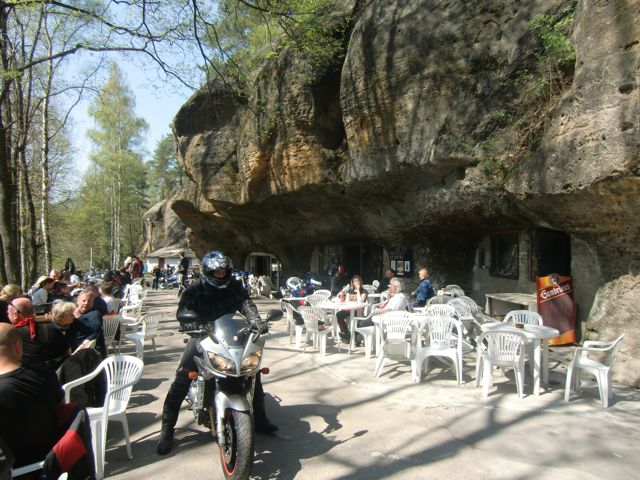 It's said the caves were once used to shelter fleeing religious refugees... 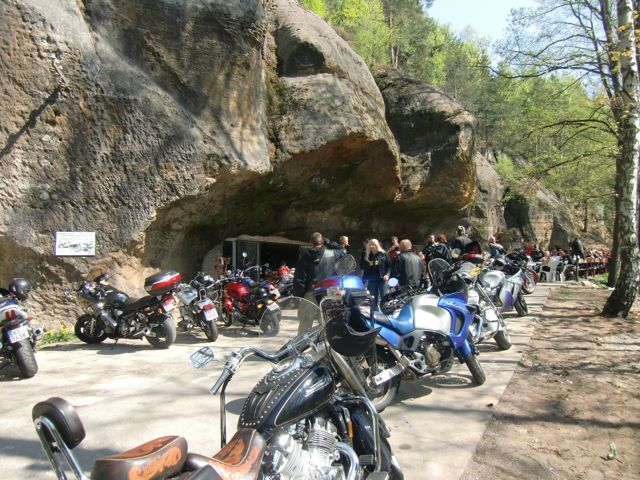 ... and a Nazi weapons factory during World War II.

For my 50th birthday, I rode my motorcycle inside a cave. And no, I'm not prematurely senile.

If that wasn't enough, the cave is so large that it has its own roundabout. Oh, and it's also got a bar, where you can ride your motorcycle right up and order a drink.

Allen Harris, the chief of the Expat Bikers Club, had arranged a trip on April 24 to Pekelne Doly (Hell's Mines), in the Český ráj (Czech Paradise) area, north of Prague, between the hamlets of Svitava and Velenice. I think it was around 90 kilometers or so from Prague. You can see the exact location on Google below:

It was a gloriously sunny day, but not too hot to make wearing the leathers a chore. We had a fantastic ride through the Czech countryside on winding backroads. You can watch a cool video of the ride, with me and my biking buddies, below. It was filmed and edited by Allen:

We didn't quite know what to expect once we got to the cave. In fact, at first, we passed right by it, since it's not exactly well signposted and sits well up off the road.

The day we visited, it was packed with bikers and bikes of all shapes and sizes. Everyone was as seemingly tickled as we were to have arrived at such a playground. 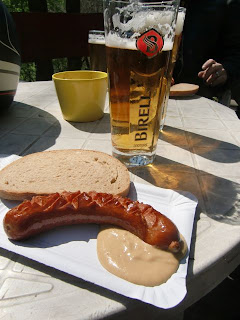 As Allen says, "This is the holy grail of pubs and all bikers must visit it once to call themselves a biker. This place is addictive and the trip will be repeated many times."

Inside, there are sofas and chairs and even a few mattresses thrown on the floor, if you want to spend the night, I guess. (Or maybe do other things.)

According to this website, the caves were used as shelter by fleeing religious refugees in the 17th century, and then later used for sand mining for a nearby mirror factory. It says the area also housed a Nazi weapons factory.

What's funny, though, is that we're all dressed in leather and sporting tattoos and beards and skull rings and such, and we're in the most amazing biker bar imaginable, but most of us are drinking coffee or soda or nonalcoholic beer, since there's zero tolerance in the Czech Republic for drinking and driving. And even if there wasn't, motorcycle riding in the Czech Republic is dangerous enough without having had a few.

It was a great ride and a wonderful way to spend part of my birthday. Thanks to Allen, Sam, Hayden, and Andy for letting me tag along. 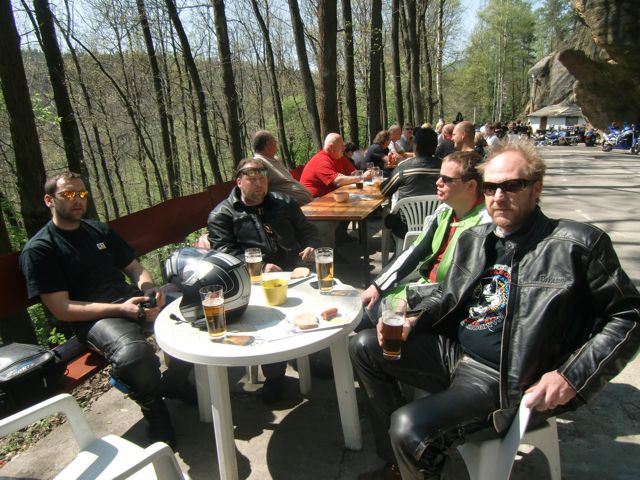 Hayden Murray (left), Sam Graham, Andy Schofield, and I soak up some rays at the outdoor tables. It was just too nice to sit inside. 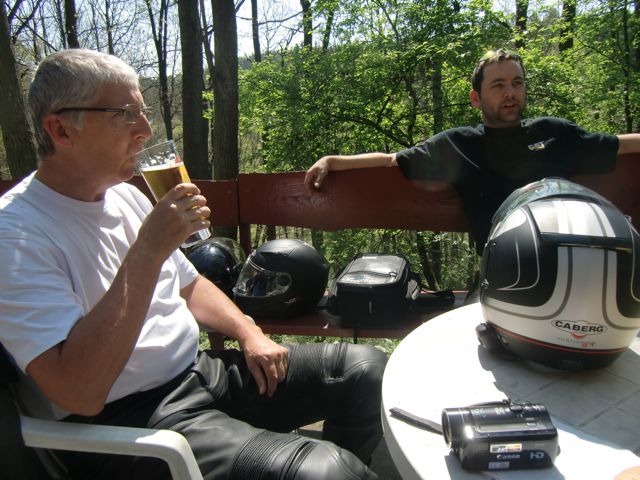 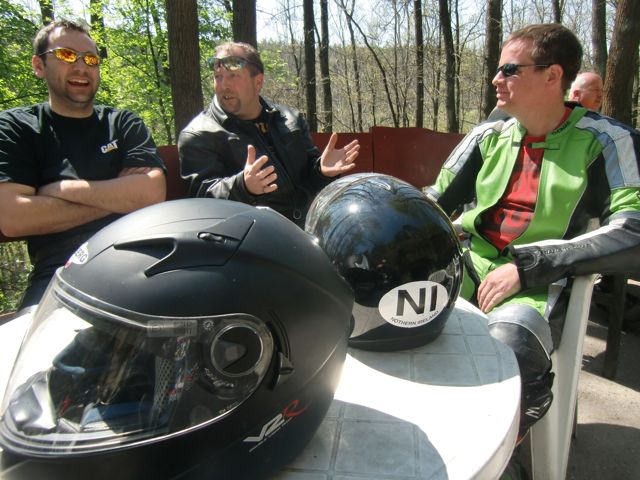 Sam remembers the one that got away. 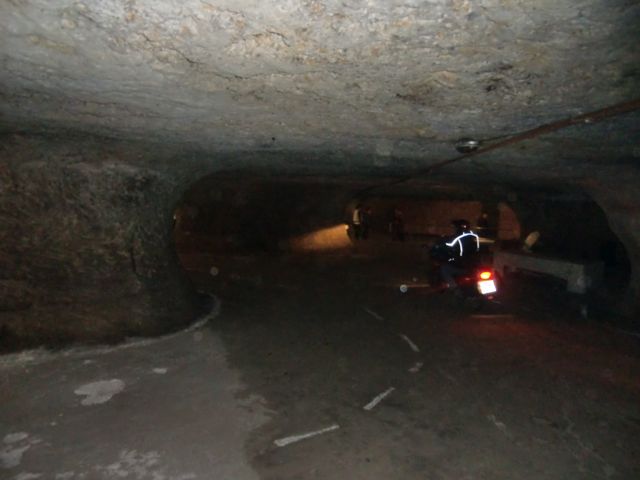 Bikers can drive inside the cave, which features its own roundabout (above). 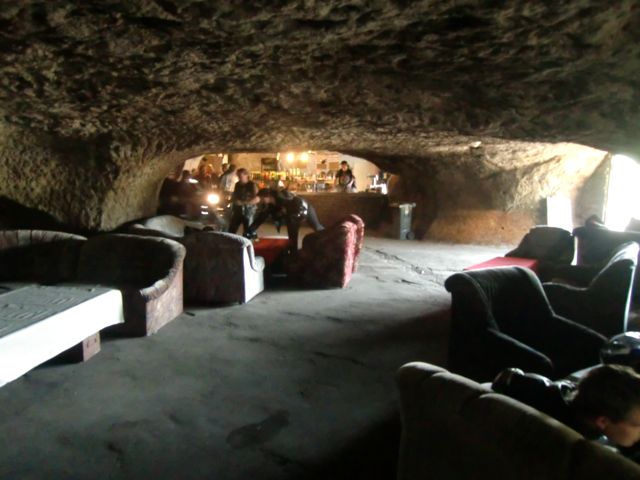 The bar, in the distance, surrounded in the cave by comfy sofas and chairs.

My Honda Shadow, getting some serious cave time in.
Posted by Grant Podelco at 1:34 PM