More Product Names You Won't Find In The West 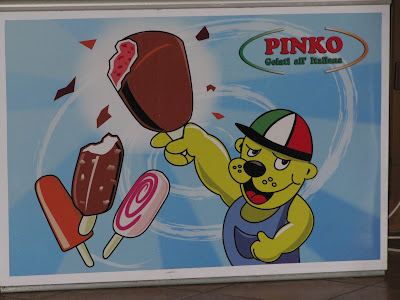 My good friend Rob sent this one in.

He saw this ad for ice cream in the Czech town of Neveklov. Pinko is the name of a Czech ice cream company. As far as I know, the company is not, and never has been, run by communists.

Speaking of ice cream, and ads you're not likely to see in the West, what about this Russian ice cream ad that aims to capitalize (sadly, in a racist manner) on the popularity of U.S. President Barack Obama?

It's called Duet, and advertises itself as "Black in White!" 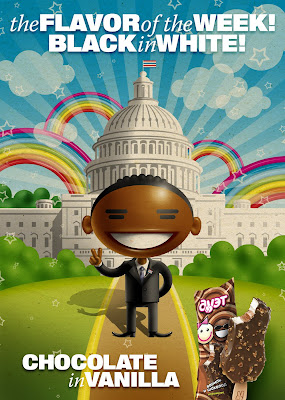 The ad, as you can see, features a caricature intended to suggest Obama depicted in front of, oddly enough, not the White House, but the Capitol building.

The creator of the ad insisted it's a joke and is not racist.
Posted by Grant Podelco at 8:27 AM