One Of My Favorite -- If Offbeat -- Wine Shops 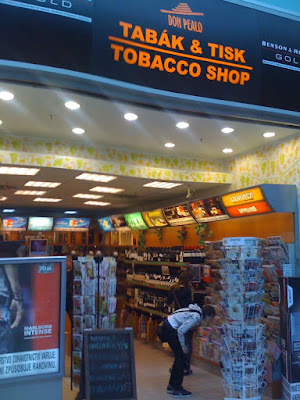 I'm a sucker for big, bold Chilean and Argentine reds.

One of my favorite vintners is Chile's Tarapaca. You can often find bottles of their Cabernet Sauvignon, Merlot or Carmenere on sale for 99 CZK (about $5.25) at some of the local hypermarkets.

However, I've recently discovered an unusual source for some good South American reds that I wanted to share. It's the Don Pealo Tobacco Shop at the Metropole mall on the outskirts of Prague, near Zličín. They may have other locations around Prague, too.

It looks like an ordinary tobacco and magazine shop, but in addition to a good selection of cigars and pipe tobacco, they also sell a variety of Chilean and Argentine wines that I had never heard of, but which have almost always proved to be good values.

I haven't tried either of them yet, but I'm betting that they're both flavorful and full-bodied. I can't wait to try them. 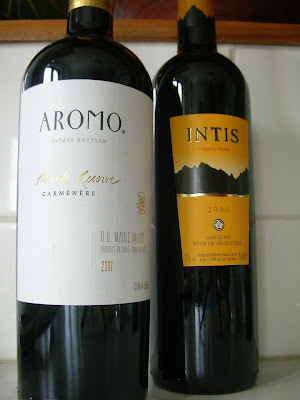 Posted by Grant Podelco at 2:08 PM