Take It Or Leaf It 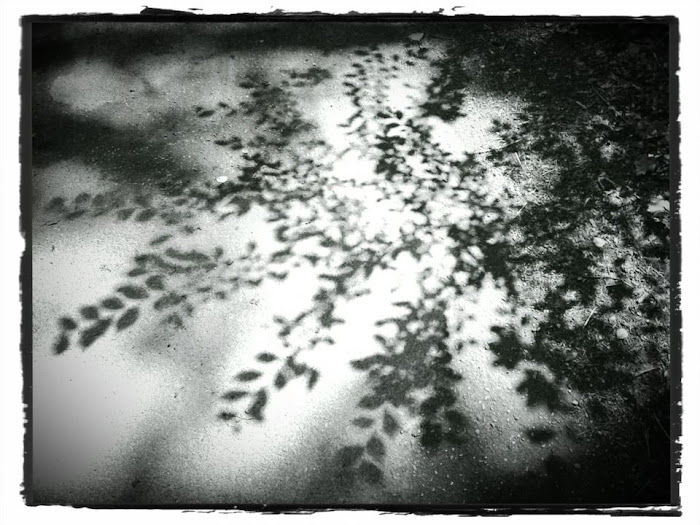 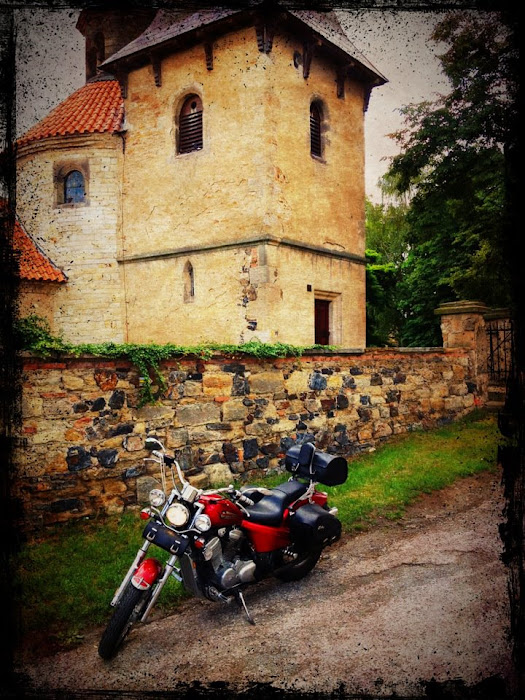 You don’t stop riding because you’re getting old, but you get old when you stop riding.
Posted by Grant Podelco at 12:18 PM 1 comment: 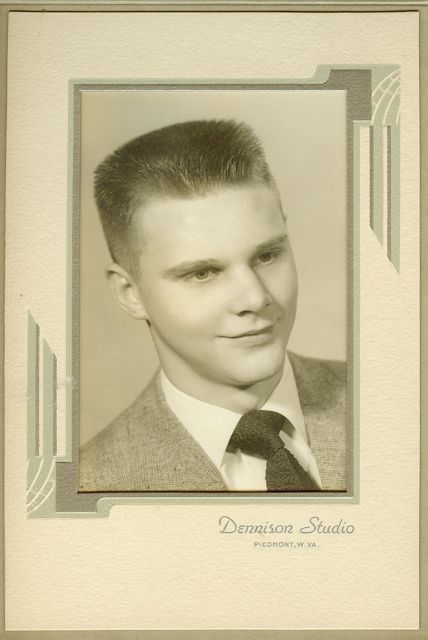 My dad, that handsome devil. I wish I'd taken the chance to pull more stories out of him about his wild and reckless youth. There were stories to tell, I know, and I only heard a fraction of them. I do miss you, Dad.
Posted by Grant Podelco at 7:34 PM 1 comment: 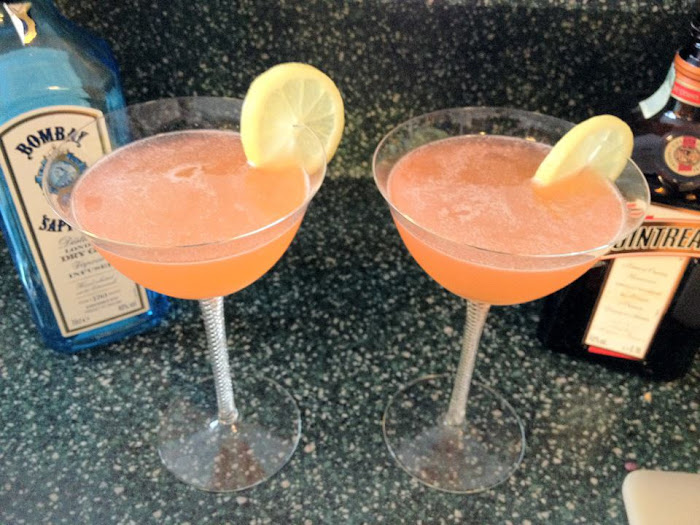 Inspired by this recent article in "The New York Times" ("Embellish Like Bartenders"), I made a Jasmine cocktail. It has many of the ingredients we know and love (gin and Campari, especially), but I'd never heard of it.

It has 2 ounces of gin, 1 ounce of Cointreau, 3/4 ounce lemon juice, and 1/2 ounce Campari. Shake it all up with ice, strain, and serve with a lemon wheel.

It's looks and tastes like it has grapefruit in it. I love that sweet/sour combination. A great summer cocktail. Absolutely delicious.
Posted by Grant Podelco at 8:08 PM 1 comment: 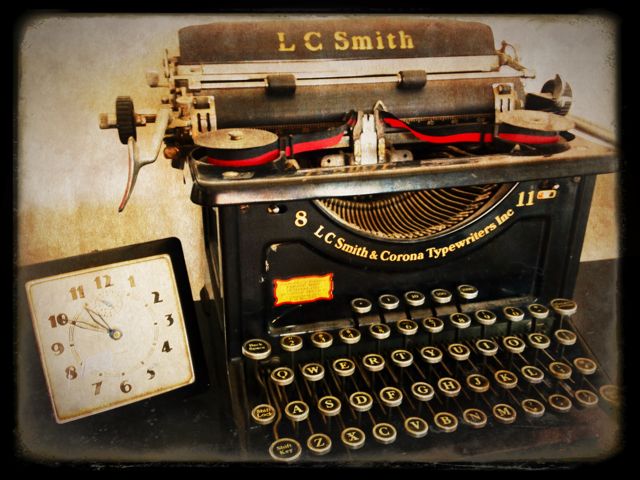 This story I recently read in "The Los Angeles Times," about a man obsessed with collecting historic typewriters (he's got old machines used by Ernest Hemingway, John Lennon, and Tennessee Williams, among others), made me appreciate my old Smith & Corona just a little bit more than I already do (which is a lot).

You see, I just didn't pick it up at some old antique shop, auction, or estate sale. 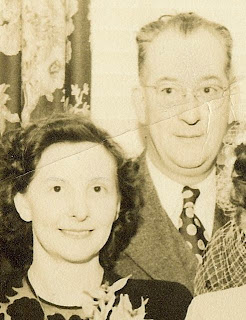 It used to belong to my mother's father, my grandfather, James E. Kenny (that's him at right, with his wife, my grandmother, Geraldine Kenny, whom we called MeMaw), who died of a heart attack a few years before I was born. He used it in the back of the family business, a grocery store called Kenny's that was -- and still is -- an institution in the small city of Westernport in western Maryland, just on the border with West Virginia. It's where my mother grew up. (My dad grew up just across the Potomac River in Piedmont, West Virginia.) The store is today owned and managed by my uncle, Bill Kenny, one of my mother's younger brothers.

I don't know much more about the typewriter than that. There are the numbers 8 and 11 on either side of the LC Smith Corona Typewriters Inc. logo on the front, as well as a sticker for Cumberland Business Service, Cumberland, Maryland ("For service or supplies phone 3687"!). The only other markings on it that I can find are a big 'LC Smith Made in USA" on the back and the LC Smith across the paper rest on the top.

It works well, except the ribbon is dried out and I can't find a replacement. And it's as heavy as an anvil.

I love the sound the keys make as they smack the paper (you can almost punch a letter-shaped hole through the paper if you're not careful), the jittery baseline of the letters across the page, and the loud bell when it's time to flip the carriage to the next line.

From a search on Google, it appears that the typewriter dates from 1936 or so. Similar models are selling for $150-$200 on eBay.

This one's staying with me.
Posted by Grant Podelco at 9:30 PM No comments: 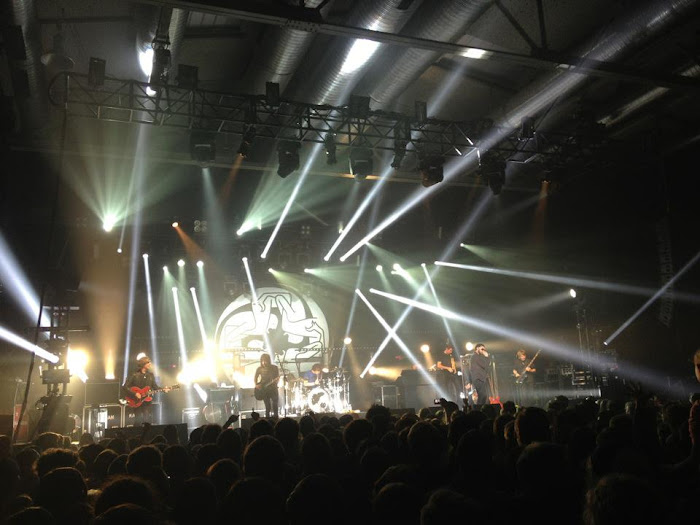 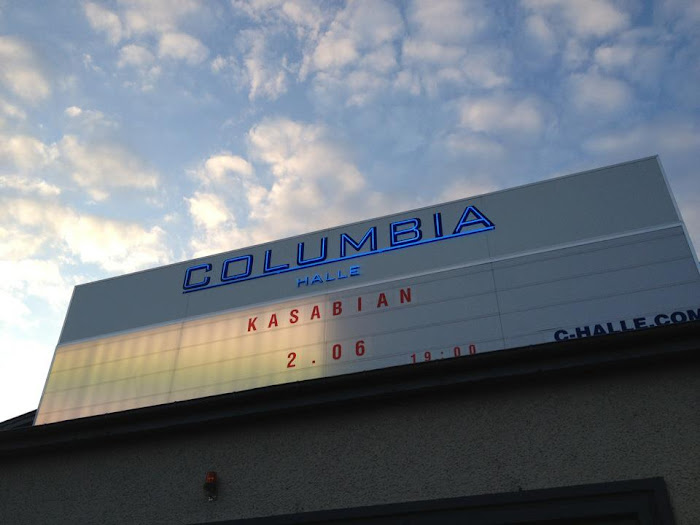 Posted by Grant Podelco at 10:41 AM No comments: 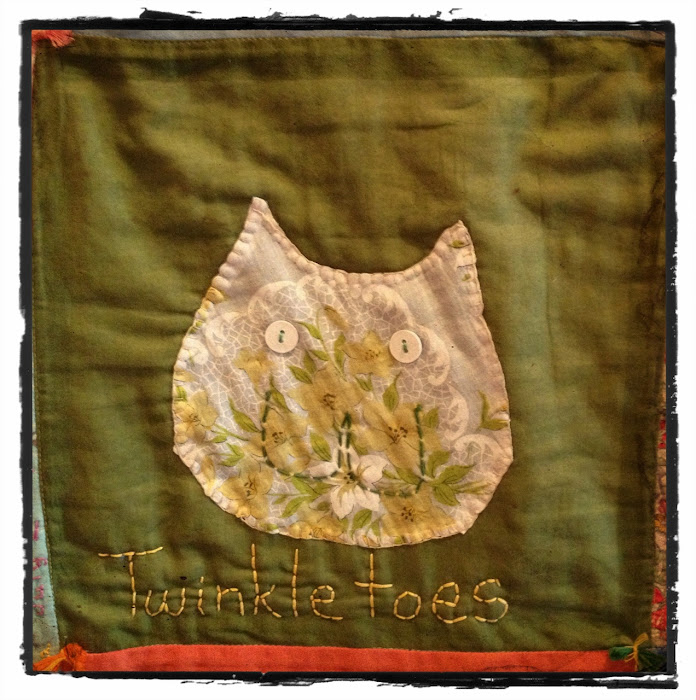 My recent post about the cat quilt has sparked some interesting memories from Daisy's mother, Robin, and two of her sisters -- Pam and Murphy (nee Crouch).

Most involve Twinkletoes, who it turned out had a pretty adventurous life. (I'm hoping for a real photo of Twinkletoes to emerge.)

There are some very serious asthma sufferers in this group, but their memories of their childhood cats are very loving and sweet:

Murphy: Hmmm, I wonder why Twinkletoes originally got that name. She was a beautiful graceful grey cat, with long legs. But in her adventurous life, she lost a leg to a jagged trap set by our across-the-street neighbor who thought the cats were killing the birds she loved.

Twinkletoes had her leg amputated and forever more moved on three legs as swiftly as she had on four. She was known to jump on the back of big dogs, brushing them back in fear (or pain maybe).

I don't think there were ever 25 cats at 1 S. Main Street [their address]; I believe that is a Crouch legend. What say the rest of you???

I agree that I do not think there were ever 25 cats at one time either in Pine Plains or on the farm.

Robin: I also remember Twinkletoes as being a feisty cat who lived a long life. I thought she had lost the leg due to a car mishap on Main Street. As for the cat population reaching 25, I'm pretty sure that it did. As I recall, three cats had kittens kind of around the same time. One litter was in the closet that was by the stairs, another was in a pile of stuff by the railing and the third batch was somewhere else. We already had several cats, of course. I wonder what Jennifer remembers.

Murphy: Yes, I was the one who found Twinkletoes in the trap, so it is a vivid image in my memory. In fact now I am having a hard time pushing it away. It was a big heavy nasty trap. I remember running to get Mom -- it was so confusing that it could be so. I didn't understand it. (Editor's note: Mrs. Holden apparently got an earful.)

Sputnik was a dear to me. Nice solid big head (he was black) you could really set your hand on. And attached by name to that blinking light we would go out in the night to spot in the sky. It's true that we all loved cats, and a shame that two of us can't live with them.
Posted by Grant Podelco at 9:45 AM No comments: