What It Feels Like When They Steal Your Bike 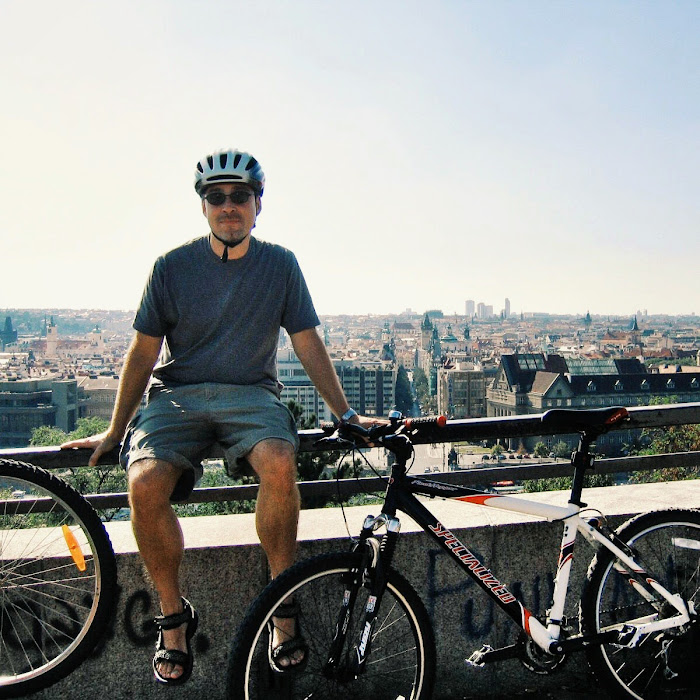 The author at Letna with Bike No. 3.

My friend Mark Baker wrote this for my other blog, Grant's Prague Bike Blog, but I thought the issue needed as wide an audience as possible, so I thought I'd post it here, too.

I saw a great video on bike theft recently on "The New York Times" website. According to the video, called "How to Catch a Bike Thief," police in San Francisco have formed a special unit to fight bike theft and employed some creative ideas to that end, including using "bait bikes" to lure thieves, hidden cameras, GPS devices, and social media.

For me, the most satisfying moment comes at the 1:20 mark, when through CCTV we see a thief make off with a bike, only to be wrestled to the ground seconds later by the police. The head of the bike-theft unit, officer Matt Friedman, chuckles while watching the thief go down hard. Sounds bad to say it, but I could probably watch that moment 50 times in a row and not get tired of it.

In the past decade or so living in Prague, I've lost at least six bikes to theft (to be fair, two bikes were stolen on trips to Poland, not in Prague). I long ago lost sympathy for anyone who would steal a bike for whatever reason, and would probably go to great lengths to try to catch a thief (even, perhaps, setting out a bait bike).

Many people don’t realize it, but finding that your bike has been stolen can set you off on an emotional roller-coaster ride. There’s the immediate surge of anger you feel toward the thief that actually seems good and healthy. That’s suddenly tamped down, though, by the realization that you’re never going to see the bike again. The prospect of recovering a stolen bike (here in Prague, and just about everywhere else) is nil. There’s no place for that anger to go and what felt like strength in the first moments, starts to feels more like impotent rage a couple minutes later.

There’s also the frustration (and boredom) of having to deal with the police and insurance company (if you’re lucky enough to have a policy) and all of the fruitless, pointless questions they ask. Make, model, color, serial number (who has that in their wallet?) This is just the start of the process. Where did you buy it? When did you buy it? Do you have the receipt? ("Yes, officer, right here in my pocket."). The police in Poland, on one occasion, even asked me to sketch out the bike on a piece of paper and
identify the angle between the crossbar and the down tube (45°? 35°? 65°??) On that occasion, the police kept me at the station for four hours filing a report -- without the slightest expectation they would ever catch the thief.

Then there are your friends -- your closest friends -- and their well meaning but maddening inability to understand your predicament.

Tell someone your bike’s been stolen and instead of sympathy you often get a barrage of questions: "Was it locked?" "Where did you leave it?" "How good was the lock?" "How long did you leave the bike unattended?" It’s as if they’re working on behalf of the bike thief and trying to find holes in your story.

(As a short aside, if you’re ever in the situation where a friend tells you his or her bike has been stolen, try hard not to make the first question, "Was it locked?" Of course it was locked. Simply say: "Sorry
to hear it. That’s really bad news.")

Maybe the toughest – and most unwelcome -- emotion is somehow related to the above. It’s the inward shame and nagging feeling that maybe you really did do something to enable the theft. "Of course that lock wasn’t strong enough." "I should never have parked the bike there." "What was I thinking?"
"What an idiot I was."

All these thoughts run through your mind over and over again, and inevitably lead you to the faulty, messed-up "realization" that somehow you’re complicit in the theft of your own bike.

It’s Not The Bike Owner’s Fault

Writing all this out now has been therapeutic and helped me to understand why, perhaps, I appreciated that "New York Times" video so much. In the video, Officer Friedman’s moral clarity is rare and refreshing in a way that possibly only a person who has lost a bike can really understand.

Simply by the way he talks and acts, you can see he knows that it’s NEVER the bike owner’s fault. It doesn’t matter where he or she parked the bike. It doesn’t matter if the lock was strong enough (or even possibly if the bike was locked at all). Theft is theft and honest people should be free to ride and park where they wish, without fear their bike will be stolen. It’s time to ditch the remorse and fight back.

Hear hear! What a welcome reminder, and I wish him and the San Francisco police department all the success in the world. I only wish now the police in Prague would get the memo (or at least see the video).

Mark Baker is a Prague-based journalist and independent travel writer. He’s co-author of the "Lonely Planet Guide to Prague and the Czech Republic." He’s been riding bikes in Prague for more than 20 years. 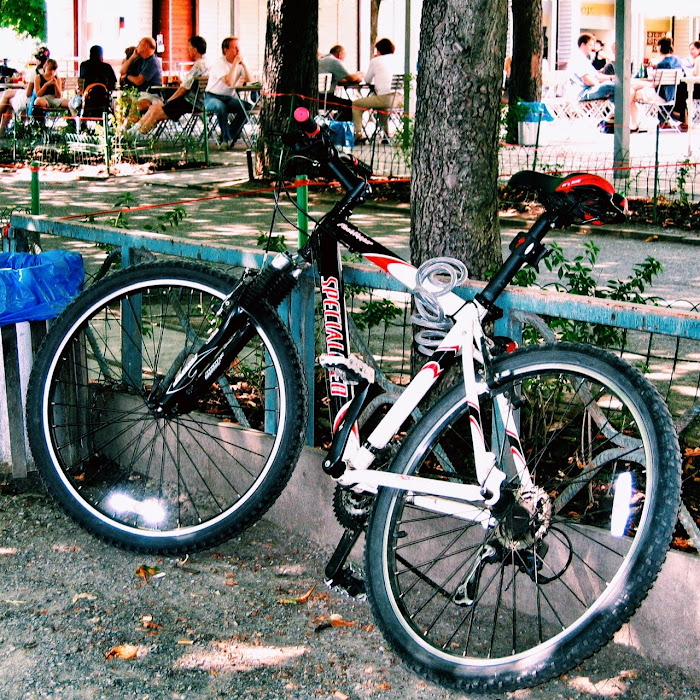 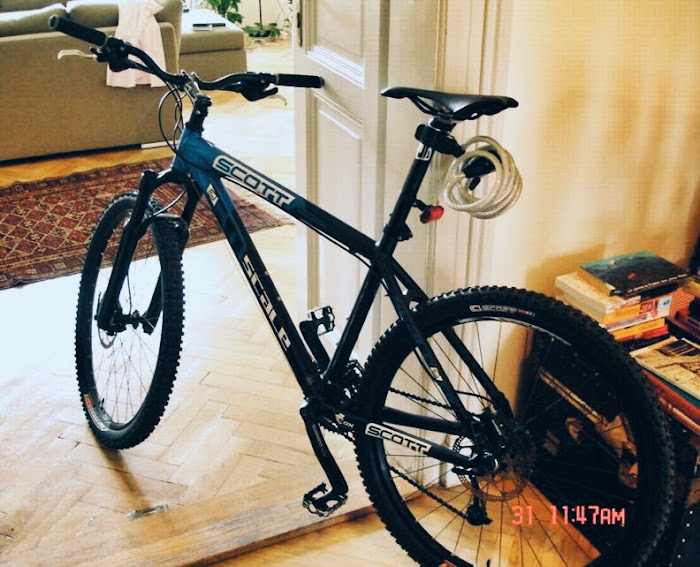 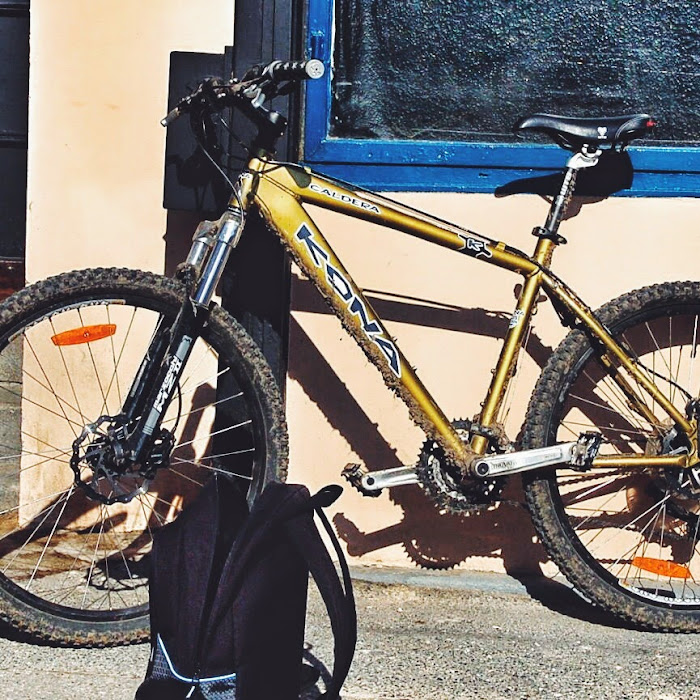 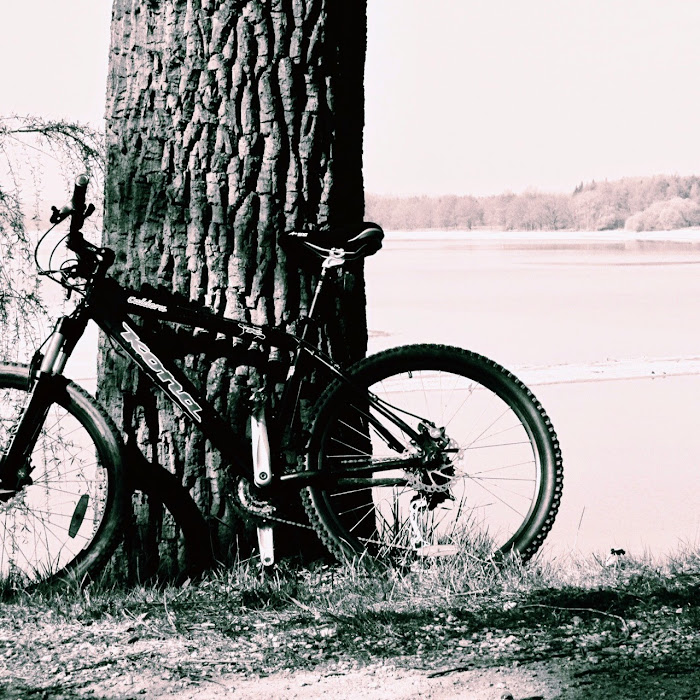 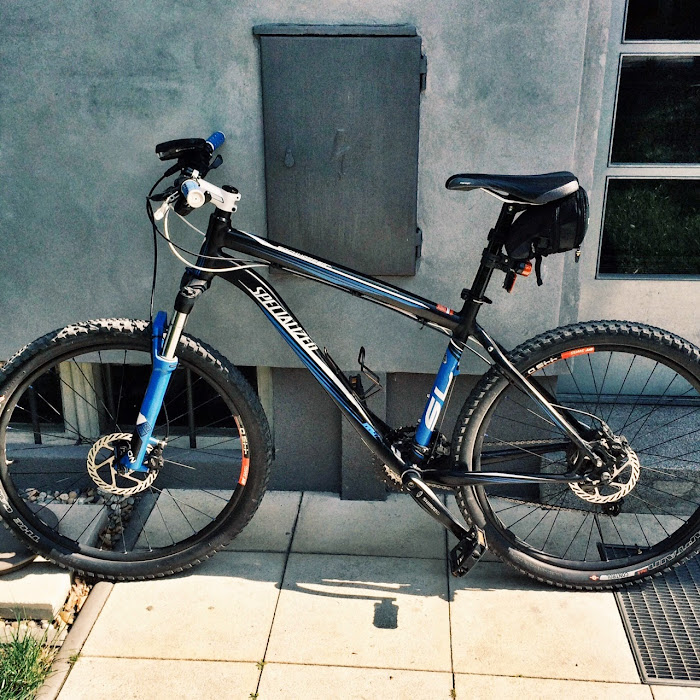 Bike 7
Blue Specialized Rockhopper MB
Still have it. For now.
Posted by Grant Podelco at 10:14 AM No comments: