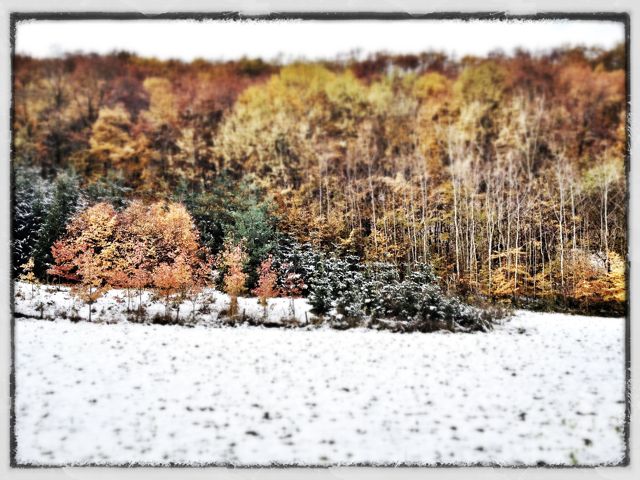 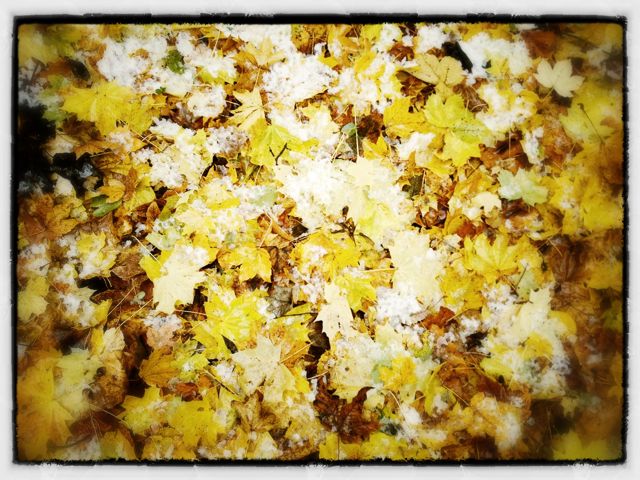 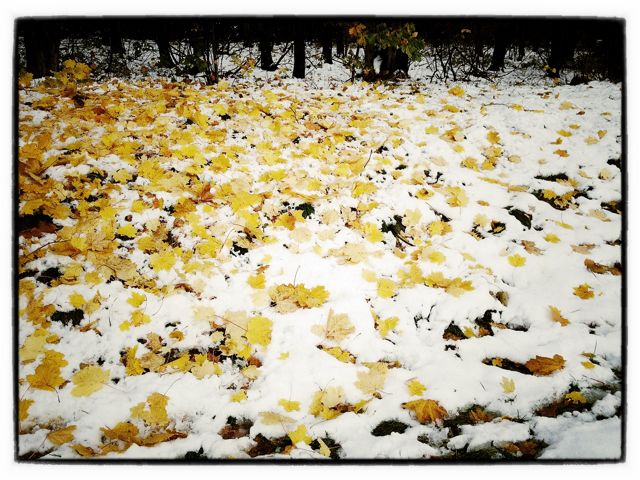 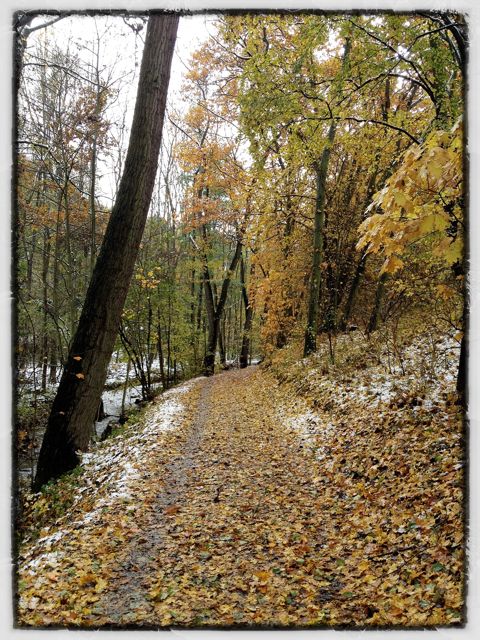 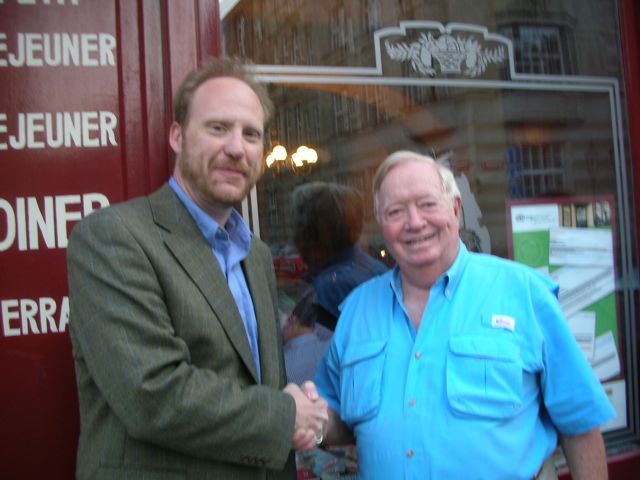 Colonel Joseph W. Kittinger shakes hands with a mere mortal during a visit to Prague.

"As you get older it is harder to have heroes, but it is sort of necessary."
-- Ernest Hemingway

Editor's Note: I'm reposting this entry from May 1, 2008, in honor of Austrian skydiver Felix Baumgartner, who is preparing to break Colonel Joseph W. Kittinger's long-standing record for the highest parachute jump in history, and the longest free-fall. Kittinger -- the class act that he is -- is on Baumgartner's team as capcom and flight operations and safety director. Godspeed to all!

I met one of my heroes the other day. In fact, I had a beer with him.

His name is Colonel Joseph W. Kittinger, and he's one of history's bravest men. Many people consider Colonel Kittinger to have been the first man in space. I'm one of them.

In fact, the Smithsonian's National Air & Space Museum in Washington, D.C. just awarded him its Lifetime Achievement Award, putting him in the company of the first man on the moon, Neil Armstrong, and John Glenn, the first American to orbit the Earth. They've also created a permanent exhibit at the Smithsonian on Kittinger's career. 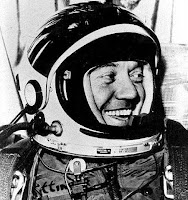 What did Colonel Kittinger do?

In a nutshell, he rode a giant helium balloon into space and then, wearing an early version of a spacesuit, he jumped -- 103,000 feet (31,333 meters), or almost 20 miles, above the desert of New Mexico. Colonel Kittinger still holds the world's record for the highest parachute jump, the longest freefall (more than four and a half minutes), and the highest balloon ascent.

And he did all of this in August 1960. He went up in a balloon because no airplane or rocket could yet ascend to that height. Soviet cosmonaut Yuri Gagarin wouldn't make his trip into space until April 1961.

Colonel Kittinger's heroics as a pre-astronaut in Project Excelsior furthered research into how man could survive in the vacuum of space. His jump also perfected the technology that went into ejector seats in high-altitude aircraft and spacecraft, such as the Gemini program.

On the way up, part of his pressure suit developed a leak, and his right hand swelled up with blood to twice its normal size, but Colonel Kittinger didn't tell anyone on the ground because he knew the mission would be scrubbed if he did. Even though he didn't know what would happen to him and his suit, he kept on soaring upward. 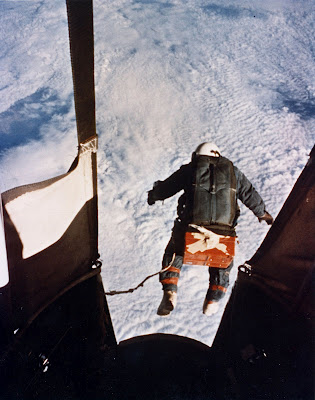 I dedicated a previous post on this blog to Colonel Kittinger because I wanted to spread the word about his feats and share my obsession with the remarkable film of him jumping out of the gondola, the inky blackness of space enveloping him, the curvature of the Earth clearly visible below.

A cover story in the August 29, 1960, issue of "Life" magazine calls Colonel Kittinger a "new space hero" and says the images of his leap are "some of the most exciting pictures of a man's daring ever made."

He is quoted in "Life" as telling ground control, "There is a hostile sky above me. Man may live in space, but he will never conquer it." 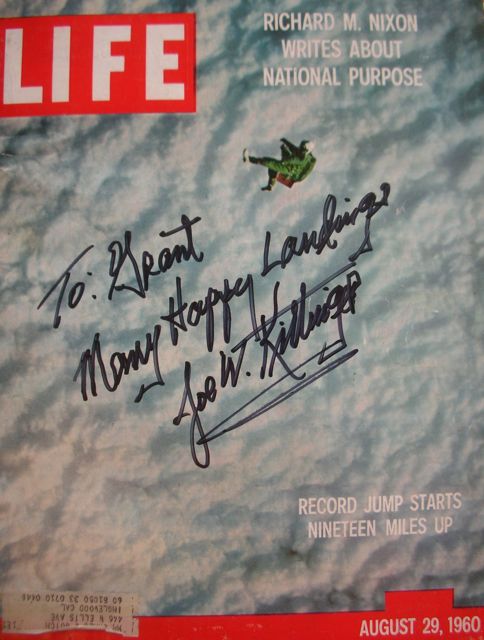 Colonel Kittinger was kind enough to autograph this August 1960 copy of "Life" magazine, with a picture of him in free-fall on the cover.

If those jumps weren't enough (he did three in all, the first two from slightly lower altitudes), he went on to fly almost 500 combat missions over Vietnam before being shot down over North Vietnam in 1972 after shooting down a MiG-21. He was captured and held for 11 months as a prisoner of war in the infamous Hanoi Hilton, along with U.S. Senator John McCain and others.

In that first blog post, I mentioned that, even though I'm a professional journalist, I couldn't muster the courage to call Colonel Kittinger and interview him.

Well, I finally found the courage, and called him up at his home in the United States, and he answered the phone, and we had a fantastic conversation. I was buzzing for hours afterward.

Incredibly, when I told Colonel Kittinger that I was calling from Prague, he said, "I'm going to be in Prague in a few weeks."

Just imagine how I would have felt if I'd waited a month or so to call him. "You're in Prague? Well, I was just in Prague a few weeks ago!"

I think I would have jumped off of something very high if that had happened. 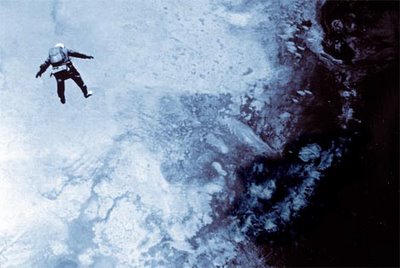 As it turns out, Colonel Kittinger and his wife, Sherry, were coming to Prague as part of a European tour of aviation and military sites. Their visit to the Czech Republic included a trip to the aviation museum in Kbely, in northeast Prague, as well as a tour of the castle and the Old Town. It wasn't his first visit to Prague. He flew a hot-air balloon over the city a few years ago.

Colonel Kittinger was kind enough to take a few moments out of his visit to have an early evening drink with Daisy, Emma, and me, as well as Stewart and his two boys.

What a thrill. He even said we could call him Joe (although I find that difficult to do). I'm in awe of this man.

After the Vietnam War ended and he was released from prison camp, Colonel Kittinger went on to work for Martin Marietta and founded ballooning and barnstorming companies in the United States.

In 1984, he became the first person to fly a balloon solo across the Atlantic Ocean -- from Maine to Italy. And he's still flying biplanes and balloons, at the age of 79, and traveling tirelessly around Europe.

Now that man's got gusto.

Thanks, Colonel Kittinger, for a meeting I will never forget. 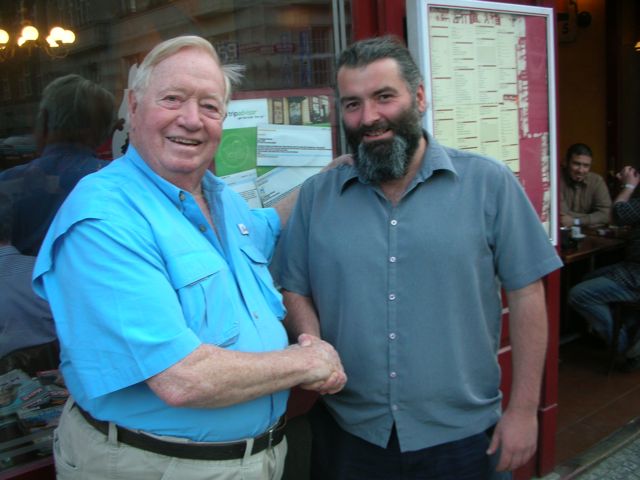 Stewart was as thrilled as I was to meet Colonel Kittinger.
Posted by Grant Podelco at 12:24 PM No comments:

Grass Is The Word 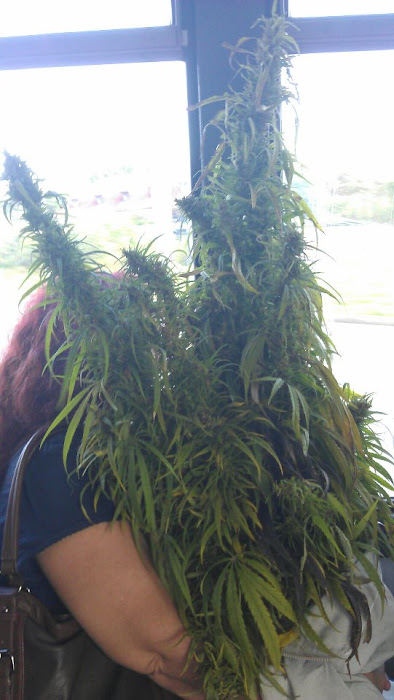 My friend Zach Peterson snapped this photograph of a woman in her mid-50s calmly carrying at least five very healthy marijuana plants on the 26 tram near Prague's Strašnická metro station around 5 p.m. on a recent weekday. Other than a few smiles and a "Ty vole!" (a mild Czech cussword) or two, Zach says no one really paid the lady much mind.

Personal use of a small amount of marijuana (15 grams or five plants) is tolerated in the Czech Republic (as are small amounts of heroin, methamphetamine, and cocaine, believe it or not). But none of us has ever seen a sight quite like this before. 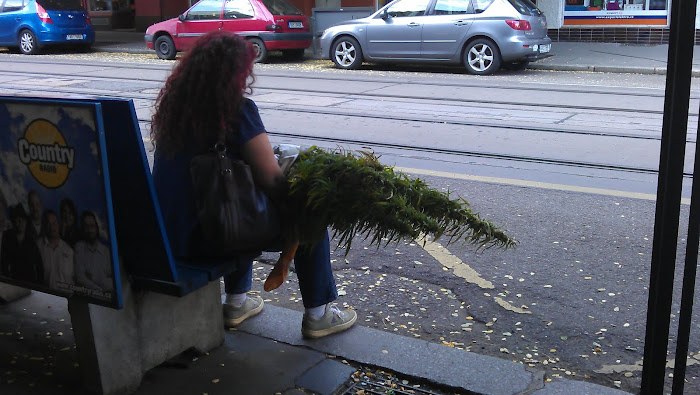 All Gone To Look For America 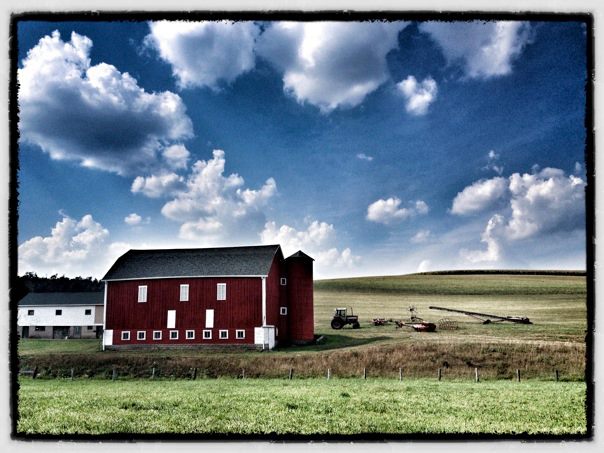 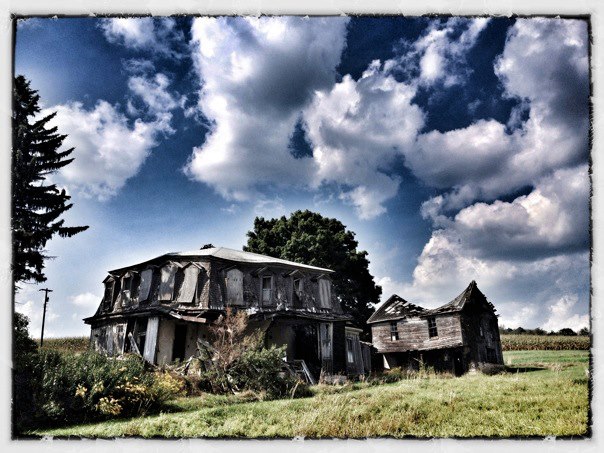 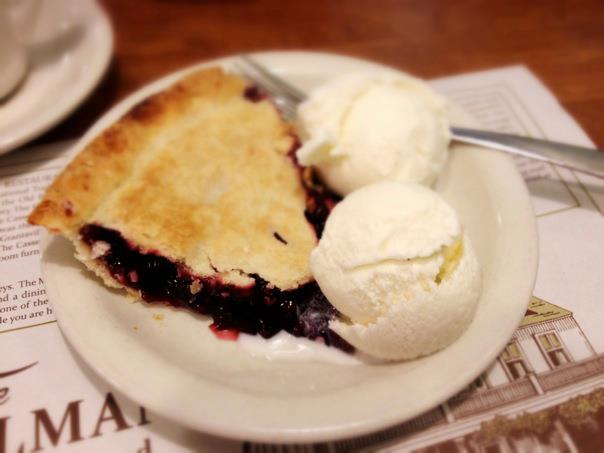 Posted by Grant Podelco at 9:51 AM No comments: