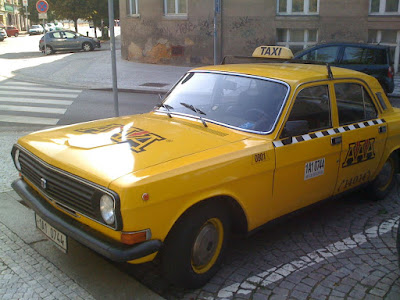 I've seen it on Srbska in Prague 6.

It's now being used as a AAA taxi, one of the few honest taxi companies in Prague. 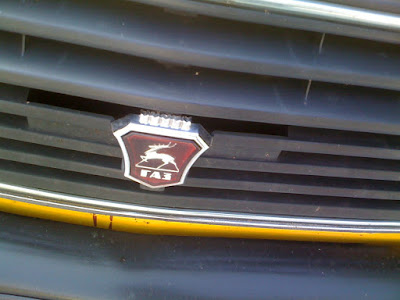 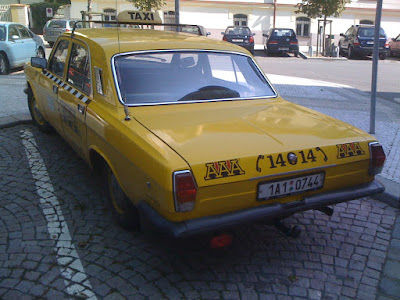 Posted by Grant Podelco at 9:32 AM No comments:

More Packaging You'll Probably Not Find In The West 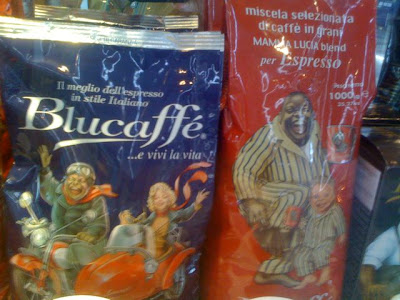 This photo was taken at the Prague Airport. It's some sort of coffee, featuring characters that would appear to date from brand packaging from the United States in the 1920s or something.
Posted by Grant Podelco at 9:29 AM 2 comments: 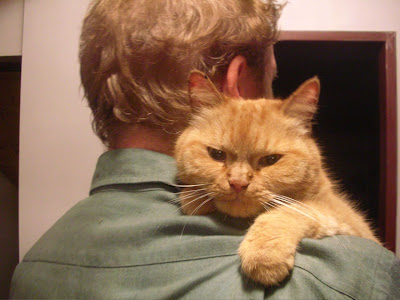 Zhenya, just a few minutes after we brought her back home.

Yes, we’ve got Zhenya back, believe it or not -– 25 days after she first went missing. She escaped unnoticed at night on July 23 when the good folks who were watching her for us (while we were in Croatia) came home one night and she slipped out the door before they could turn on the light. Then someone in their apartment building stupidly let her outside. And then she disappeared.

She’s very thin, and tired, and has a few nicks and one big tick (since removed), but we just came back from the vet, and she’s been given a clean bill of health, and we couldn’t be more excited. We’d been hanging up hundreds of posters in the Prague 6 neighborhood from whence she escaped on July 23. We’d also put hundreds of the posters directly into mailboxes in the neighborhood, since the rain had a nasty way of erasing the printing on the posters we hung. We’d also been calling the animal shelters, and had put notices on expats.cz and prague.tv.

We’d been getting a call a day or so from folks who’d thought they seen her, but none of the leads ever panned out.

That’s when a nice couple who live in the same building from which Zhenya escaped -- on Radimova in Prague 6 -- came knocking at the door, saying they thought they’d seen Zhenya just a few minutes before a few blocks away, near another apartment building.

In fact, the guy’s wife was waiting back at the spot at that very moment.

An urgent search revealed no Zhenya, however.

We came back the next evening, and we spotted her –- or a cat that certainly looked a lot like her -- hiding in some thick bushes near the foundation of the same apartment building, near Anastazova.

But she wouldn’t come out easily.

We lost sight of her quite a few times, almost hopelessly so.

We put out food for her, called to her, rattled the food bin, shined a flashlight into the dark undergrowth and into basement windows, and crawled under brambles.

She wouldn’t show herself.

Another couple walked by. Hearing us calling for Zhenya, they said, “Oh, that’s not your cat. That’s Matisek. He lives around here.”

Daisy’s heart sank. I, thankfully, wasn’t around to hear that little anecdote.

We kept searching, until Daisy thought she heard Zhenya’s meow. I crawled through the bushes and saw her crouching on a small ledge in the darkness.

I crawled closer, expecting her to scamper away, but she sat up and kind of turned toward me, as if she knew her nightmare was over, and I grabbed her by the scruff and pulled her up and out.

I felt like crying. I couldn't believe I had her. 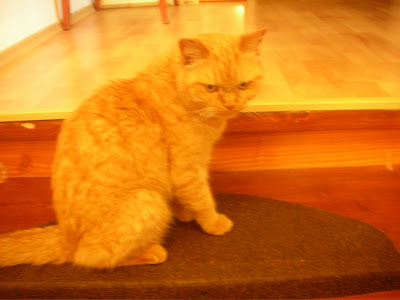 Zhenya, just a few minutes ago.

Just to make sure, we looked for the little black spot on her lip that we knew would mean it couldn’t be any other cat than Zhenya.

The black spot was right where we hoped it would be.

I felt the adrenaline, or whatever it was, making my hands and feet tingle. I can’t remember when I’ve been so happy, or so relieved.

We'd offered a reward of 5,000 Czech crowns, or about $275, for information leading to Zhenya's return. We were happy to give the money to the couple who pointed us in the right direction. We wouldn't have found her without their help.

She's been meowing like crazy since she's been home, no doubt telling us stories of her incredible adventures over the past three weeks.

Thanks so much to everyone who told us stories or left messages on this blog, or on Facebook or Twitter or expats.cz, about their own happy-ending experiences with lost cats.

They really kept our spirits up, and our hopes alive.
Posted by Grant Podelco at 9:31 PM 6 comments: 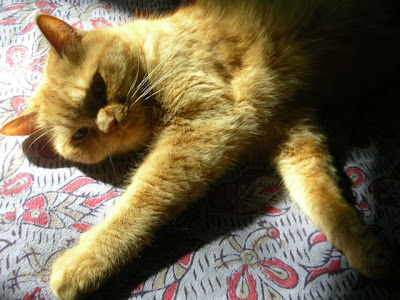 We've just returned from two weeks on vacation to discover that our beloved cat, Zhenya, escaped from the apartment at Radimova 17 in Prague 6, where she was being kept.

She's been gone for two weeks now, with one possible sighting.

If you live in the general area of the Břevnov Monastery and the Střešovice neighborhoods of Prague 6, please be on the lookout. 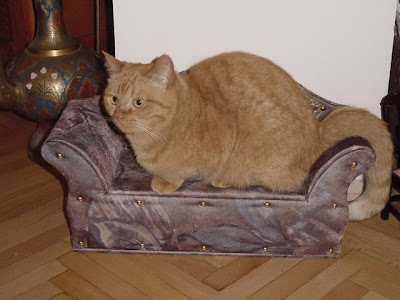