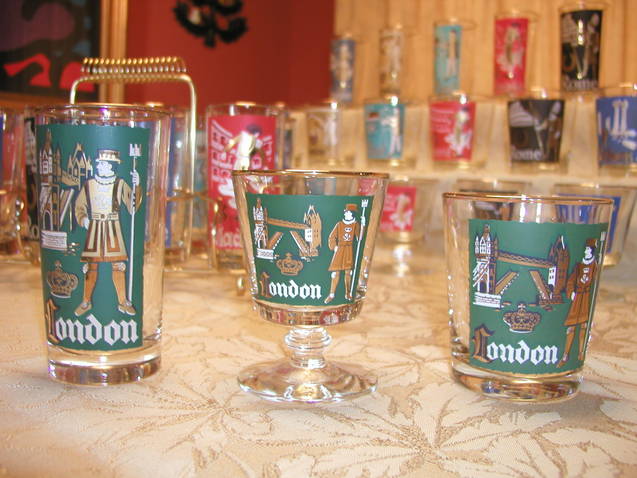 Back in May 2010, I wrote a blog post about what I considered to be a very cool set of vintage glassware that I had purchased at an antique shop in Cumberland, Maryland, a few years ago. The glasses featured different world cities and appeared to date from the 1950s, considering that Havana was one of the cities and that the United States imposed an embargo on Cuba starting in 1960.

Turns out they were made by the Libbey glassware company and do, indeed, date from the 1950s. How do I know? You see, I'm not the only one out there who thinks these glasses are way cool. That blog post garnered almost 30 comments, and it's consistently one of my most frequently visited posts.

In addition to the comments on the blog post itself, I've heard personally from a few other collectors out there, including John Warming from "sunny Minnesota." Over the holidays, John sent me some photos of his incredible -- and complete! -- collection of this line of glassware, which come in three distinct styles -- Beverage, Double Old Fashioned, and Continental Goblet.

I'm publishing some of John's photos with this blog item. I love the brass-plated caddy for the beverage-style glasses (pictured below). Me want!

Thanks for taking the time to share your collection with us, John.

I also heard from Ayla Freeman, who has a cool blog, Vintage With A Vengeance, and who also wrote about this particular set of Libbey glassware.

Happy collecting, folks. I'm really glad to know so much about my glassware!

I'd love to complete my set, but I doubt the glasses would make it all the way to Prague intact. 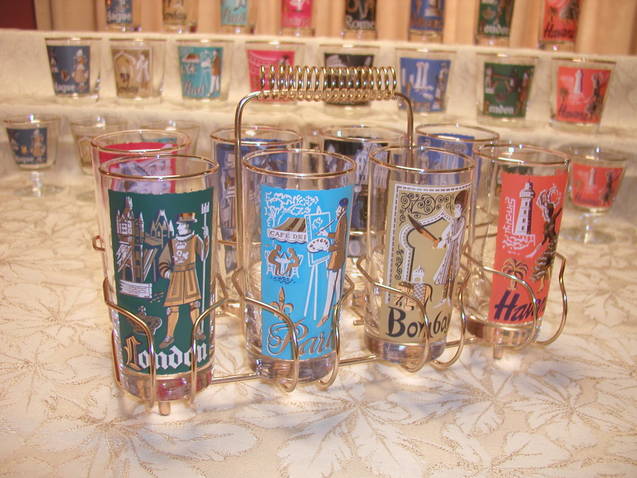 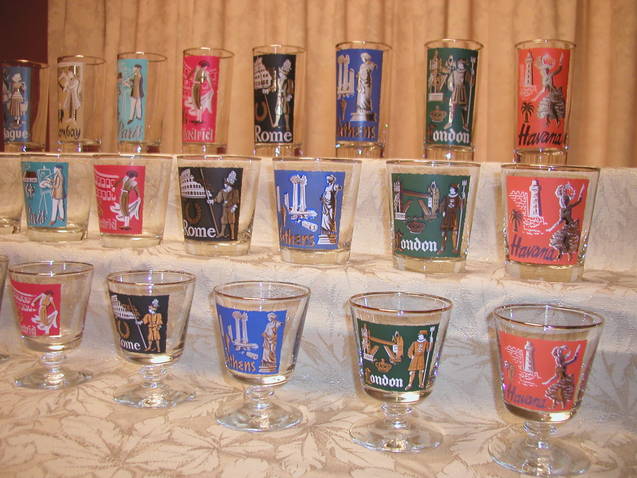 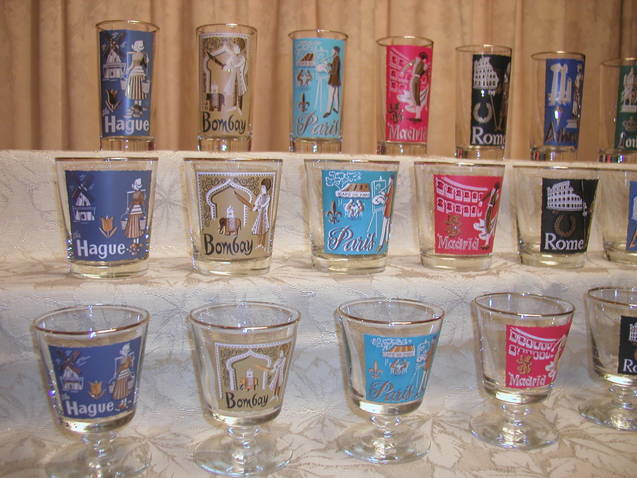 Posted by Grant Podelco at 4:50 PM