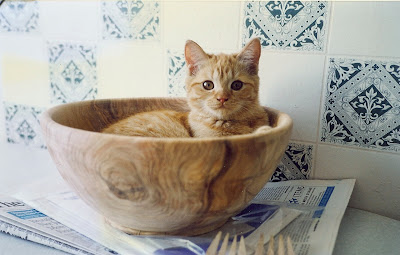 She had the most amazing eyes I've ever seen.

Zhenya -- the cat that made a dog lover love cats, the coolest cat I've ever known, or will ever know -- passed away on December 26.

It all came about so suddenly. She was diagnosed with Chronic Renal Failure a few weeks ago. Daily eight-hour infusions and antibiotics and special food failed to improve her well-being. She briefly bounced back, but then just as quickly worsened.

The doctor said we could keep giving her daily infusions and keep her alive for a few more days -- weeks? -- that way. He didn't recommend it, and anyway, that wasn't living. 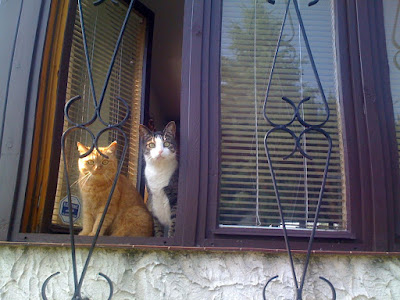 She wasn't the sociable cat we knew and loved in those last days. She was obviously miserable. She would drink a few drops of water, but she wouldn't eat. She sat hunched all day in a corner of the room, unmoving. She wouldn't purr when we petted her.

She had always been a talkative cat, but in the last few days, she stopped meowing altogether. Her back end wouldn't lift up when we ran a hand down her back, as it always did.

As hard as it was, we knew we had to put her down. It was a terrible, heartbreaking day. She was only 10.

Daisy's ex-husband, Gonzalo, and his wife, Bara, wanted to be with Zhenya at the end. All five of us -- Emma, too -- were in the room with Zhenya when she passed away so quietly.

A good friend and fellow cat-lover recommended that we honor her memory by remembering all the joyous things about her.

We'd start by simply saying she was a true family cat. She was shy around visitors, but around her day-to-day humans, she was cuddly, sociable, and insistent on being part of the action. 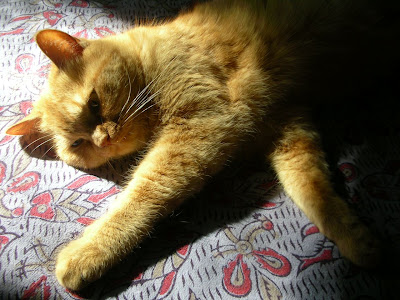 When we came home from work or school, she would meet us at the door, and tell us, meowing for minutes at a time, about her day.

When Emma would get ready for a bath she would run into the bathroom to listen to the running water and the bedtime stories that followed.

At night, she'd insinuate herself on our chests as we were lying in bed, her beautiful face blocking the pages of whatever we were reading. And then she'd want us to lift the covers so she could burrow down to the foot of the bed and sleep in the closed-in dark. 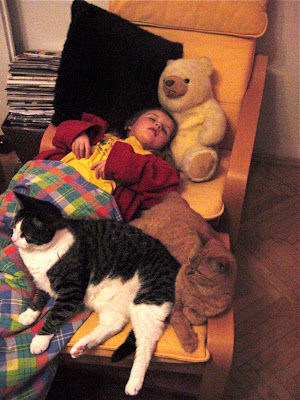 Other things we remember are her funny habit of licking cellophane or plastic when we returned from the store and set the groceries on the kitchen table. Or the way she'd let Emma place her in a baby carriage and push her around our old flat.

If our other cat, Chicho, is a traditional sleeper and eater, she was a player -- she loved to run and jump, to chase after scraps of paper and catnip mice.

She was also a fighter, as we discovered last summer, when she accidentally got outside and spent a hard month on the street before we found her, nicked and scraped and happy to be home.

And in addition to those eyes, she had the softest, most luxurious caramel-colored fur. It was one of the things that stood out as she squirmed amid a box full of kittens at a pet market in the Russian city of St. Petersburg in 1999, where Daisy and Gonzalo found her. 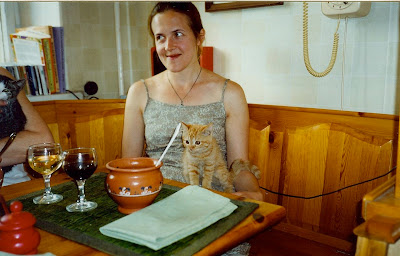 Daisy and Zhenya in St. Petersburg.

We'd run our hands through that fur as we went up the stairs to bed. She'd often be sleeping on a toy sofa that used to belong to a fancy doll but that she claimed as her own.

We put the little sofa on top of the radiator next to the stairs, and she'd snooze for hours there, warm and snug. 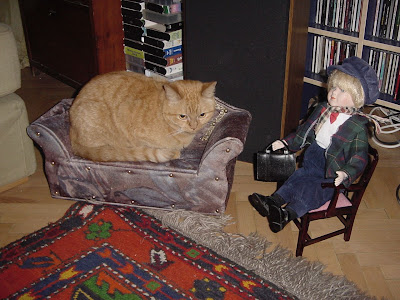 We buried Zhenya in the back garden, beneath the fruit trees.

As Gonzalo and I dug, Daisy went inside and got the little couch. We placed it in the grave and gently lay Zhenya in her favorite spot. 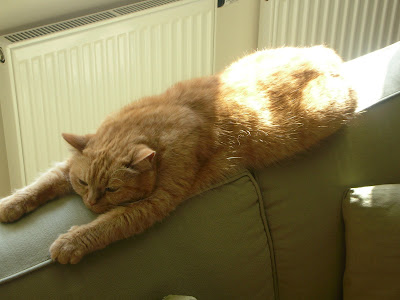 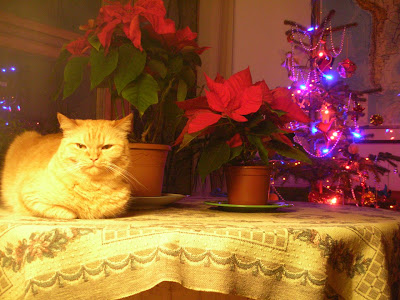 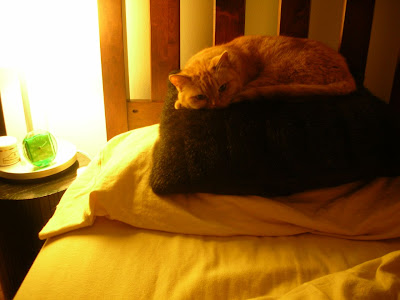 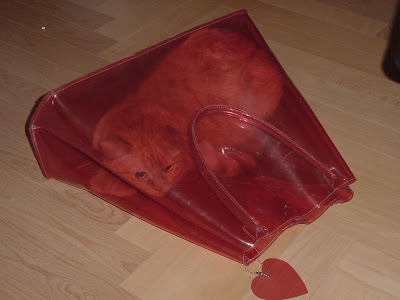 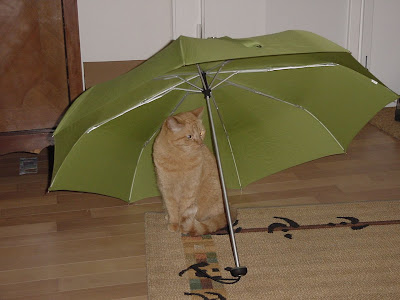 Posted by Grant Podelco at 8:40 PM